You will have the opportunity to voluntarily do your internship in different clubs in Barcelona, including RCD Espanyol or its schools. 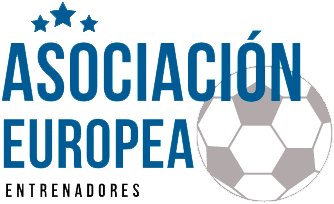 With the Master in Soccer Professional (Catholic University of Ávila) we will train the coaches of this sport in the knowledge of the game, interpreting collective behaviors, with the continuous interactions that occur in it, diagnose what is happening Within a game situation, detect action systems and generate positive attitudes in the training process in relation to different methodologies, processes and interventions.

We will also learn everything necessary to lead a team, which most relevant and important aspects appear in the management of a wardrobe and that we must train and so in our daily work sessions.

A football professional is a person who dedicates all his time to this sport and who transfers his great experience to the players and teammates of the Technical Staff in order to establish a stable and fluid connection with the entire sports project.

With the master's degree in FOOTBALL PROFESSIONAL you will learn to master perfectly all the offensive and defensive individual behaviors that players must perform based on their demarcation on the pitch.

The FUTBOLLAB professional football coach course has a unique feature in its field: the approach to competition. The players are not independent pieces, but a team that joins forces. Only by thoroughly knowing the behaviors of all team members in each game situation can the competition be controlled.

Discover what actions should be performed in each demarcation and how to relate the behaviors based on your line, the rest of the lines, the system and the game model. All through an innovative, schematic and easy to follow agenda that will allow you to apply knowledge instantly.

Organizing the game represents the coach's main activity, and achieving an effective and established game model is of supreme importance. With FUTBOLLAB you will master all the phases of the game and learn what is necessary in a didactic way, without forgetting the figure of the player and what fundamentals he has to internalize based on our game model.

The master in SOCCER PROFESSIONAL is an incredible training and help guide for you to indicate to the players how to solve any game scenario respecting the rest of the team.

LEARN THE EXCELLENCE OF THE GAME, JUST DEPEND ON YOU!

1. Introduction to the game. (6 ECTS credits)

3. Contextualization and exposure of individual offensive and defensive behaviors of the "line to which the goalkeeper belongs" (6 ECTS credits)

4. Contextualization and exposure of the individual offensive and defensive behaviors of the "line of 4 defense" (6 ECTS credits)

5. Contextualization and exposure of the individual offensive and defensive behaviors of the "line or internal lines of the team" (6 ECTS credits)

6. Contextualization and exposure of the individual offensive and defensive behaviors of the "offensive line or lines" (6 ECTS credits)

In this Master you will get it, you will master the main training methodologies, game analysis, fundamentals, models, contextualized physical preparation in football and all the aspects that are important in this sport, all with the help of the best professionals in the study and football research

Complement your sports studies with this Master, which will open doors, thanks to its depth on the agenda and the FutbolLab Job Board.

This master's degree is issued by the AVILA CATHOLIC UNIVERSITY and has 60 ECTS Credits ( 1500 teaching hours).

Importance of the goalkeeper in the development of the game